Januari 2019 the tv documentary ‘ de Tovenaar van de Nederpop’ (‘the Wizzard of Dutch Popmusic’) made by ‘Het Uur van de Wolf’ – director Marcel Goedhart – was broadcasted on Dutch national television, about the many activities of Robert Jan Stips in the Dutch popmusic scene. The new aspect in this film was the challenge he undertook by writing new music that would fit the musical and mental mindset of his first band in the 60’s/70’s : SUPERSISTER.
This new material does have the same Supersister ‘looks’ and ingredients but sounds very different because regretfully this all has to  be done without the influence and talent of Supersister’s original flute player Sacha van Geest and bass player Ron van Eck. To avoid any not wanted comparison with the original sound Stips changed the line up completely by adding two violins and two trombones and invited original Supersister drummer Marco Vrolijk and other musical friends-thru-his-life to join in for the recoding and live performances of what he called the ‘SUPERSISTER PROJEKT 2019’ .

AFTER 50 YEARS
this all resulted in releasing a new album called RETIS REPUS : 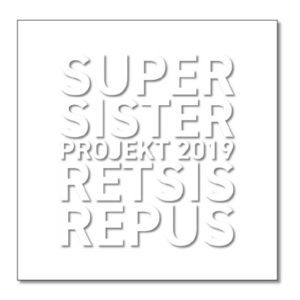 and three great concerts of the full line up ‘orchestra’ in
het Paard- The Hague, Paradiso-Amsterdam and Musis sacrum-Arnhem 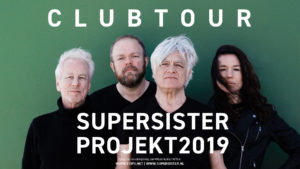