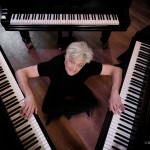 Robert Jan plays  Supersister albums in piano versions, mainly from the first three albums Present From Nancy, to the Highest Bidder and Pudding & Gisteren + some of Iskander and their first official release : She Was Naked.

A 2 hours+ concert (with intermission) at least of fine music, on the piano or rather grand piano present in your room / theater. Or…… performed on three grand piano’s simultaneously…  let us know if your theatre has three different grand piano’s, a hall where they can be put in the middle with the audience around – cause these places are hard to find..! 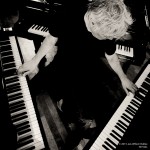