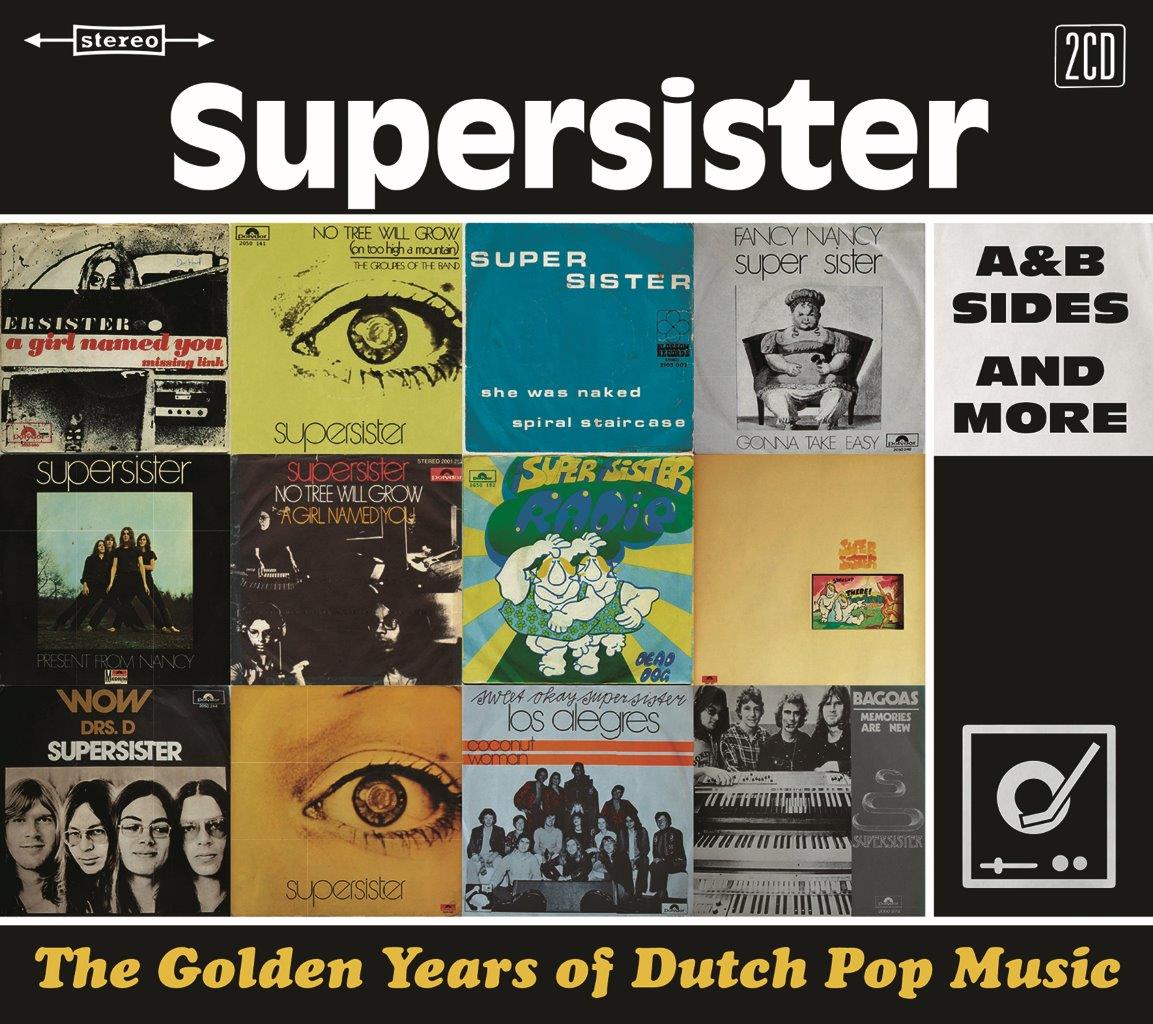 A new SUPERSISTER 2-CD compilation has been added to the -by now- quite impressive numbers of compilations. Universal found a new recipe:
they collected A and B sides of all singles that Supersister ever had (agreed with to be) released and put them chronologically right after each other … which gives quite an other look on Supersister’s inscrutable musical world, since most B sides were the most spontaneous – and often tongue-in-cheek – Supersister pieces ever, often quickly created in  the rest minutes of the recording session when ever a new single was to be recorded : She was Naked/ Spiral Staircase – Fancy Nancy/Gonna Take Easy – A Girl Named You/Missing Link – Radio/Dead Dog – WOW/ Drs D – Bagoas/Memories Are New ll  and even the single by the team who were partly responsible for the postumeous Sweet OK Supersister album ‘Spiral Staircase’, featuring Los Alegres, also RJ’s first ‘try-out’ production ever: Coconut Woman/Here Comes the Doctor.
CD2 is a tasteful compilation of the most well known album tracks, also put together  chronologically, using the democratic rule of thumb that prescribes
to use material from each original SUPERSISTER Album : Energy, Higher,
Psychopath, Judy Goes on Holiday, Pudding & Gisteren, Introduction, Dareios
the Emperor,Looking Back,Retroschizive (introducing Schizo),Nosy Parkers,We Steel So Frange (the last three from ‘Spiral Staircase’ by Sweet OK Supersister)

Follow
This entry was posted in News. Bookmark the permalink.